Mount Ismaros Trail is a circular path starts from the central square of the village of Maroneia and leads to the remnants of the ancient acropolis of Maroneia (670m altitude Mount Ismaros), which is a few meters lower than the military observatory. It ends in Maroneia.

Following the marked trail you will reach Agios Ioannis church. If you go downhill out of the village you will follow the path to the church of the Agia Kuriaki and Mount Ismaros View Observatory at an altitude of 376 meters. Continue in the same direction, and after passing through an ancient carved wine press, you will reach the remnants of the ancient Acropolis of Maroneia. Soon you will end up in the bare chapel of Agios Athanasios, a few meters lower than the radar of the aviation, which marks the end of the ascent. The descent passes through the cave of Agios Spyridon and shortly after the ancient carved wine press, you will encounter some signs that have been placed and lead south to the small cave.

After visiting the cave, you will continue west and reach a dirt road, near the Helidonopetra theater. From there continue west and then northwest crossing the pine woodland. You will reach the southeast end of the village and after a while you will return to the square of Maroneia, which is the end of the route.

Copy the following HTML iframe code to your website: 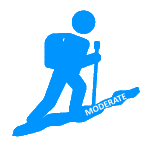 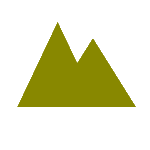 You will reach the Mount Ismaros View Observatory 1.2 km away from the start of the trail.Great view to the village Maroneia, the sea and islands Samothrace and Thassos, the southern part of the Rhodope plain to end up on the coast.

Mount Ismaros has an altitude of 700 meters. The settlement of Maroneia is built at its foot. There is a Wildlife Refuge in the area – “Reforestation Area Ismaros” covering 800 ha. It is a breeding, feeding, and wintering habitat of wildlife species (birds and animals). Great view to enjoy!